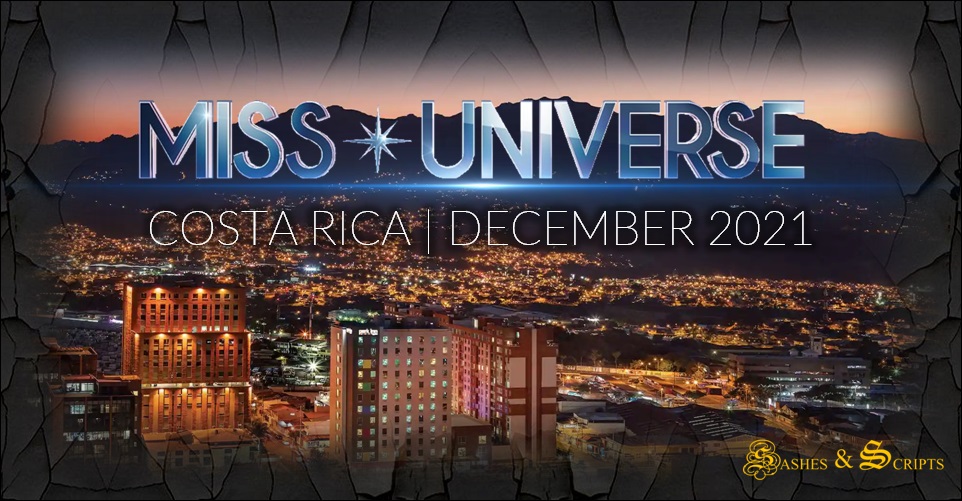 Without such management, the country would not have the budget to pay for the requirements of the Miss Universe pageant.

El Instituto Costarricense de Turismo (ICT) suggested to the organizers of the Miss Universe pageant request, to the Board of Directors of the institution, a declaration of interest.

This management, as indicated by the ICT, must be accompanied by documentation that justifies how this contest would promote the values ​​of the Esencial Costa Rica brand in the markets of interest and priority in the ICT marketing strategy.

These values ​​are an image of sustainability, of a society that promotes social progress, the defense of nature, excellence, innovation and of course that promotes real equality for women.

Without this declaration, the country could not afford all the requirements that Miss Universe asks Costa Rica to host. These requirements are as follows:

The ICT explained in said letter that it is not possible to pay for these requirements because the budget allocated for the promotion of the country as a tourist destination in issuing markets for travelers has been significantly reduced as a result of the pandemic.

The Miss Universe organization hopes to announce the next venue for its pageant (2021) before May 16, the date on which the 2020 pageant will be held in Miami, United States.

This news report was originally published by Teletica.com in March 18 and was translated in this blogpost.

Are you ready to part ways with your hard earned money once again?

Rumor has it that just like in 2019, the Miss Universe preliminary competition can only be watched via pay-per-view! Well that is the rumors we have been hearing. The swimsuit and evening gown prelims are said to be broadcasted on a link only accessible via the Miss Universe app on May 14th. Only those who have paid the 10 USD fee will be able to access the streaming link.

No word if the 10-dollar fee includes the Miss Universe National Costume Show like last 2019. Rumor has it that the national costume show will be on May 13th and thus possible that a separate fee might be charged.

We’ll keep you posted on developments regarding this matter when updates are available, so stay tuned.

Confusion was raised when international pageant fans complained their difficulty in accessing the Lazada and in voting for their favorites. Other countries cannot vote or even download the app in their respective locations. It is rumored that some Miss Universe national directors cried foul over a number of points regarding the LazadaPH voting due to these issues.

END_OF_DOCUMENT_TOKEN_TO_BE_REPLACED

The Miss Universe organization, Endeavor Group Holdings, Inc., has filed earlier this month for another IPO. This would be the second time that Endeavor would file for an IPO after a failed attempt two years ago due to low investor demand.

The LA Times reported that the “IPO collapse was a rare stumble for Endeavor leader Ari Emanuel, whose ambition is to make Endeavor into a global entertainment juggernaut. The IPO was supposed to help fuel its ascent by raising cash to chip away at its $4.6-billion debt (at the time of the planned IPO) and fund future acquisitions.” And NBC stated that the “company generated sales of $3.48 billion and posted a net loss of $625.3 million last year. Revenue was more than $1 billion lower than in 2019 due to pandemic shutdowns“.

END_OF_DOCUMENT_TOKEN_TO_BE_REPLACED

During the live chat between Osmel and former Miss International Daniela Di Giacomo last March 19th, the current National Director for Argentina and Uruguay mentioned who the strongest ladies there are per continental grouping.

END_OF_DOCUMENT_TOKEN_TO_BE_REPLACED

Miss Universe 2021: Vice President of organization reveals how negotiation for contest in Costa Rica is progressing…

In an exclusive interview with ‘La Nación’, Shawn McClain, vice president of Miss Universe, reaffirmed the interest that exists on the part of the organization to carry out the contest in Costa Rican territory at the end of 2021

Interviewed by Kimberly Herrera
The contest would be held in December 2021, however, the place where in Costa Rica it would take place is still unknown. The possibility that the Miss Universe 2021 is held in Costa Rica is increasingly feasible.

END_OF_DOCUMENT_TOKEN_TO_BE_REPLACED

Over the years, pageant fans became witness to the constant changes in the Miss Universe competition. While there were lots of positives brought about by these innovations it became a question whether the pageant, and the organization itself, has lost its true north.

The pageant’s constant modification in format, number of semi-finalists, judging standards, etc… has left the pageant with an erosion of what makes the pageant truly ‘Miss Universe’. And because of the global Covid pandemic, the pageant has to “evolve” once again…

END_OF_DOCUMENT_TOKEN_TO_BE_REPLACED

NEW YORK, NY (March 3, 2021) – The Miss Universe Organization today announced that the 69th MISS UNIVERSE® competition will air from the Seminole Hard Rock Hotel & Casino Hollywood on Sunday, May 16, 2021. The competition will broadcast LIVE around the world from 8:00 to 11:00 PM ET.

“We have spent months planning and preparing safety precautions to develop this edition of MISS UNIVERSE—one that will be memorable, special and totally innovative,” said Paula M. Shugart, president of the Miss Universe Organization. “I look forward to seeing this work come to fruition and crowning a new Miss Universe in May.”

END_OF_DOCUMENT_TOKEN_TO_BE_REPLACED Hollywood is a principal city of the Miami metropolitan area and is 20 miles away from the city of Miami. That is around 30 minute drive away. The last time that the pageant is held in Florida, the Colombian Paulina Vega won the 2014 Miss Universe title at the FIU Arena in Doral. The first time that a Filipina won the Miss Universe crown was with Gloria Diaz who won in Miami Beach, Florida in July 19, 1969.

END_OF_DOCUMENT_TOKEN_TO_BE_REPLACED 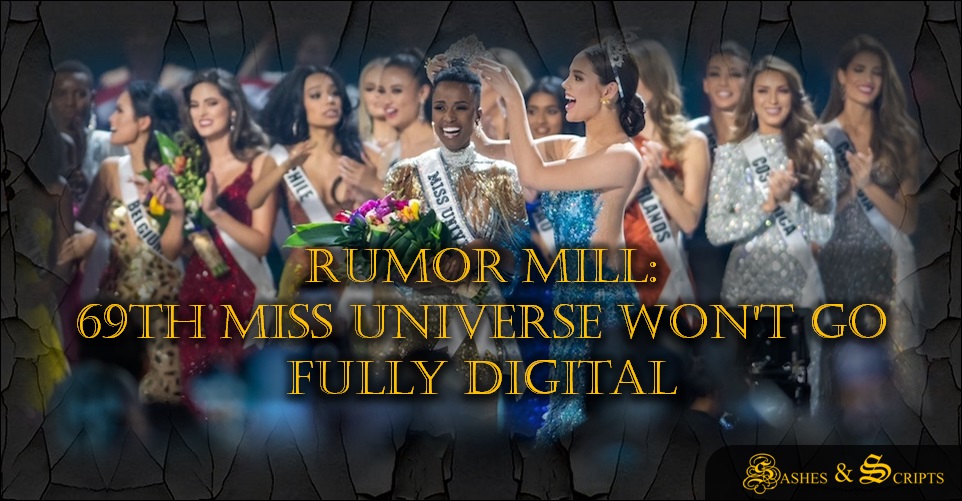 We all have heard the rumors that the Miss Universe pageant was previously thinking of having a half-virtual, half-live pageant. However, we recently have heard new developments that it will not go virtual after strong opposition from its national directors.

Sashes&Scripts wasn’t the only pageant outlet to mention about the rumors that the Miss Universe organization were having thoughts of having a half-virtual, half-live pageant. But we will be the first to inform you that National Directors are not having it according to insider rumors. After paying a hefty sum for the annual franchise fees, National Directors were said to have voiced out against having the pageant done the Miss Earth 2020 way.

END_OF_DOCUMENT_TOKEN_TO_BE_REPLACED 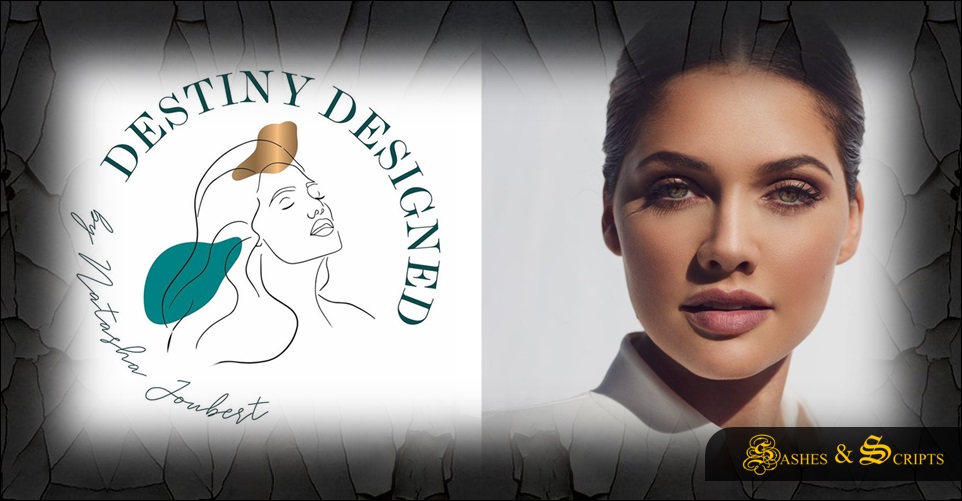 We have partially decoded the Miss South Africa social media plan for Miss Universe South Africa, Natasha Joubert. First, be visible and always post quality content. Second, when posting glamshots always navigate it towards inspirational messages so that beauty serves a purpose. Then step three, when you’ve already established a strong/ dedicated following, serve them with your social responsibility program.

And that plan was followed to a T by Natasha and her Miss SA social media team as she launches Destiny Designed, her social responsibility campaign as she journey towards her Miss Universe back-to-back campaign.

Ina TimesLive news report, it writes “the initiative will see designers invited to submit details on their design label and explain how their business has been affected by the pandemic.”

The campaign was launched last February 17th by Natasha herself and the Miss South Africa organization through their social media channels. Here below was Natasha’s post on her official Instagram account: How confident are we to have the Miss Universe pageant in one of the Covid hotspot states?

Former Miss International Daniela Di Giacomo said that the Miss Universe will be in Miami in an IG Story. The former beauty queen is one of the respected bloggers in Latin America with her celebrity status. Her announcement has sent pageant pages a flurry since it has been talked about that the pageant is to be held in Miami since June of last year.

This has also caused speculation that the Miss Universe organization might be looking for a Latina winner arise among pageant fans. After all the last Latina to win the title was crowned in Doral, Miami.

END_OF_DOCUMENT_TOKEN_TO_BE_REPLACED

The Miss Universe pageant is said to be pushed back towards the end of the year after latest developments in USA’s travel bans and restrictions.

Here are what we have been hearing so far:

END_OF_DOCUMENT_TOKEN_TO_BE_REPLACED 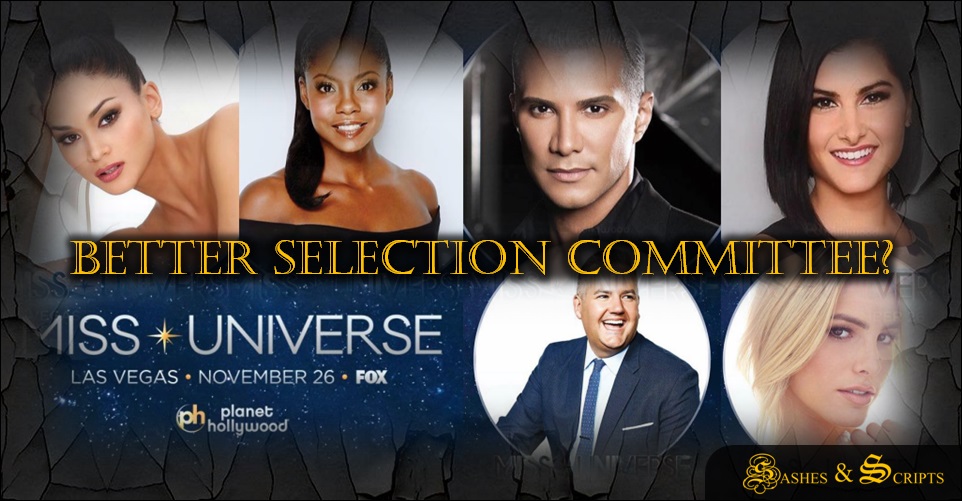 We were never a fan of the all-female judging panel. We’ve always felt that the MU winner has to appeal to a broader range of people and audiences. Also there is a need for the pageant to diversify their judging panel. In the past it is common to see 12 people sitting on the panel (at times 7 of them Americans and the rest are foreign dignitaries). Nowadays we only see 4-5 American judges choosing what is essentially a Miss Universe winner that swings towards the American bias.

The MU organization desperately needs to hire competent judges of varying backgrounds, ethnicities, gender and sexual orientation, etc… to balance the selection committee and come about with a truly diverse set of semi-finalists. How can the pageant preach diversity when their selection committee isn’t diverse as well?

END_OF_DOCUMENT_TOKEN_TO_BE_REPLACED 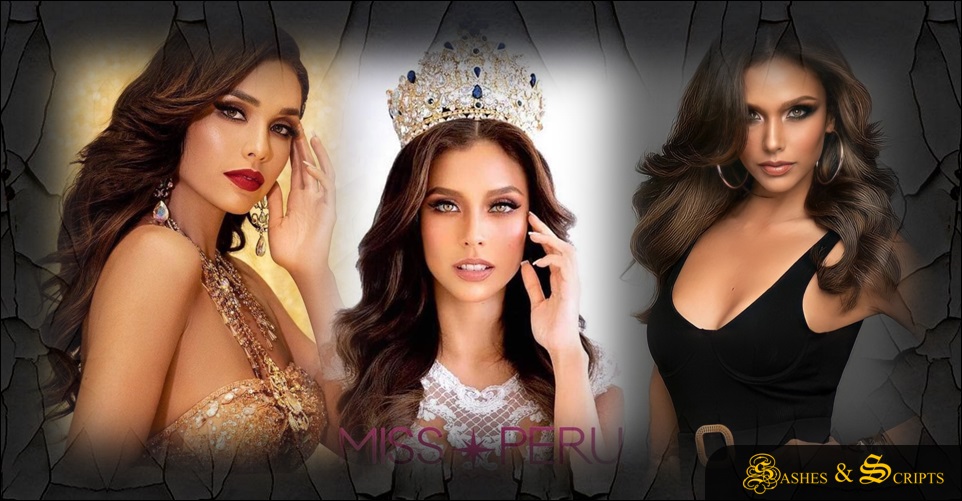 Model, beauty queen, audio engineer and music producer those are just a number of notches on 26 year-old Janick Maceta’s belt. She is one of the Miss Universe frontrunners that pageant fans have been looking out for in the 69th edition of the pageant. These are everything that you should know about this 5’9 1/2″ stunner from Peru.

Born Janick Maceta del Castillo she is crowned Miss Peru 2020 on November 29, 2020. This was the third time Maceta competed in Miss Peru. She finished among the Top 10 when she competed for the first time in Miss Peru 2016. On her return to the pageant in 2019, she was runner-up to Kelin Rivera of Arequipa, who finished in the Top 10 at Miss Universe 2019.

END_OF_DOCUMENT_TOKEN_TO_BE_REPLACED

Jesson Capuchino is fashion retail professional of over 10 years, worked as a marketing adviser to one of the biggest fashion companies in Southeast Asia, and a pageant connoisseur since 1994. He is the resident blogger of the pageant portal Sash Factor and a social-media content creator of its Facebook page. A graduate of the BS Clothing Technology program of the University of the Philippines, he has lived outside of the Philippines and traveled to New York, London, Seoul, Singapore and Dubai for assignments with various international brands. His passion in writing, illustration and pageantry converge in this blog.