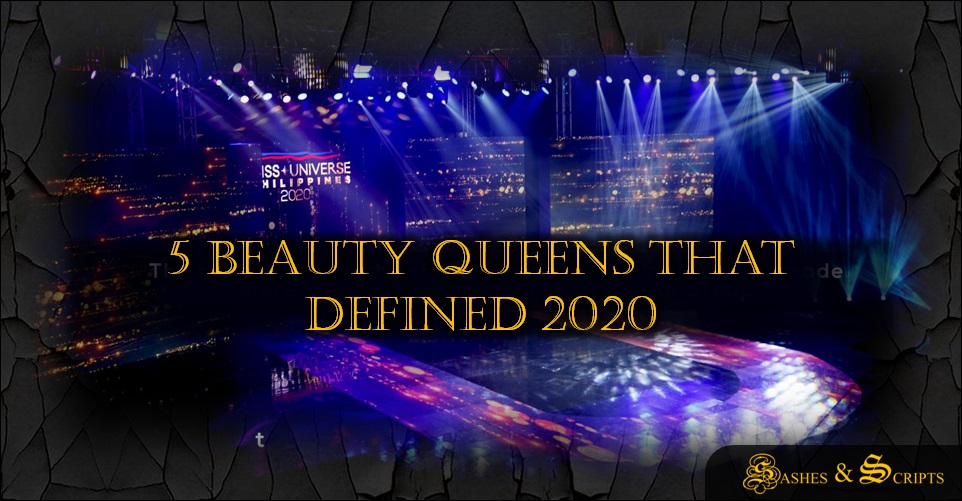 Who among the beauty queens and pageant girls do we see as the ones who made a mark in pageantry this past year? Read on below…

2020 was a year of pageant postponements and cancellations but for the handful few that were able to push through, they were able to offer us a few competitors that made the past year bearable.

DISCLAIMER: this list is a subjective list of the women that your blogger felt to have showed some extraordinary achievements, performance and show of character during the year.

END_OF_DOCUMENT_TOKEN_TO_BE_REPLACED Lindsey Marie Coffey of the US was named Miss Earth 2020 at the 20th edition of the Miss Earth pageant. Standing tall at 5’10”, the 28 year-old Lindsey is the first American to win the Miss Earth title after a series of bridesmaid placements in the recent several editions of the pageant.

With Lindsey winning Miss Earth, the US becomes the 5th country to have won all 4 biggest international pageants: Miss Earth, Miss International, Miss Universe and Miss World. It also pushed up the rank of the United States to #2 with 15 wins, tied with the Philippines with number of wins… but with the US having 60 runner-up wins versus the Philippines’ 23 runner up placements, the US takes the 2nd place after Venezuela whose 23 crowns & 44 runner up placements is unbeatable.

The pageant was attended by 84 entrants from around the globe through online activities and a virtual coronation night.  The candidates were split into four continental groups: Asia & Oceania, Africa, Americas, and Europe and then competed in the following categories: Earth Talk, Talent, Evening Gown, Swimsuit, Sports Wear, National Costume, and Interview

Lindsey’s win is remarkable because of 3 reasons:

With rumors that should face-to-face meetings are possible next year, we are hoping that all 4 winners be given the chance to be crowned live to truly give them the “winning experience”.

Jesson Capuchino is fashion retail professional of over 10 years, worked as a marketing adviser to one of the biggest fashion companies in Southeast Asia, and a pageant connoisseur since 1994. He is the resident blogger of the pageant portal Sash Factor and a social-media content creator of its Facebook page. A graduate of the BS Clothing Technology program of the University of the Philippines, he has lived outside of the Philippines and traveled to New York, London, Seoul, Singapore and Dubai for assignments with various international brands. His passion in writing, illustration and pageantry converge in this blog.
%d bloggers like this: